should we have more interested players than 4 more matches could be played by the challengers for winning the right to play in the next title match.

and just in case we will be more than 8 players, a kind of league system with 4P challenge brackets will come into play with players ascending and being demoted between those mini leagues.

for the very first titlematch it’s simply first-come-first-served.
the first 4 players who want to join are in!

so…i want to join and am IN!

no, seriously. i’m ok to go into the line of challengers IF more than 4 other players want to join in

the galactic games are ON! go and get the trophy! 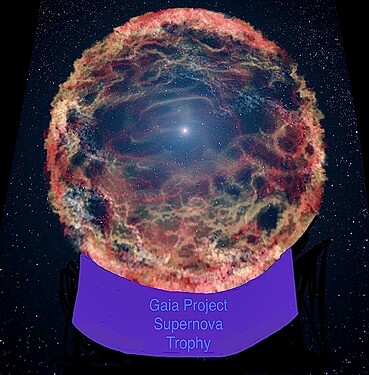 ok, i think i’ve waited long enough for giving other players the chance to join the constituent final.
so i’ll create a game and start it now.

i think we should try the auction option for choice of factions.
@JMH.75, @geigerm and @jason1002, watch out for the invitations.

going to the waiting line, anyone?
no one?

great. so you’re on top of the waiting list now:

Hello @JMH.75, maybe you have missed (or never received) the notification for your turn in Gaia.

imho this was an awesome game. well played by all contestants. 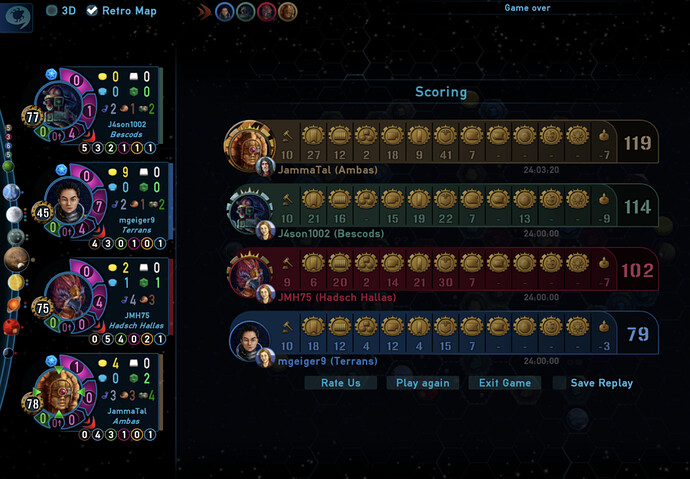 I don’t see how @JammaTal ended the game with 5 federation tokens and 14 satellites, but good job ! Congrats on the win.

the next title match will be played by the titleholder and runner-up vs the first two players on the waiting list:

should more players want to join the waiting list a so-called challenger match will be played and the winner and runner-up will qualify for the next titlematch.

I don’t see how @JammaTal ended the game with 5 federation tokens and 14 satellites, but good job!
I guess Ambas special ability of swapping planetary institute with a mine helped to make the federations

very much so. all 5 federations were founded this way. Amblas’ most powerful feature.
replays of my last turns could not be seen?
had you enabled replays at all?
maybe when opting for “save replay” and then fast forwarding to the last rounds?
and when you X out of the scoring screen you should be able to look around all screens including federation and research screens and reading the log incl. toggle through the turns. 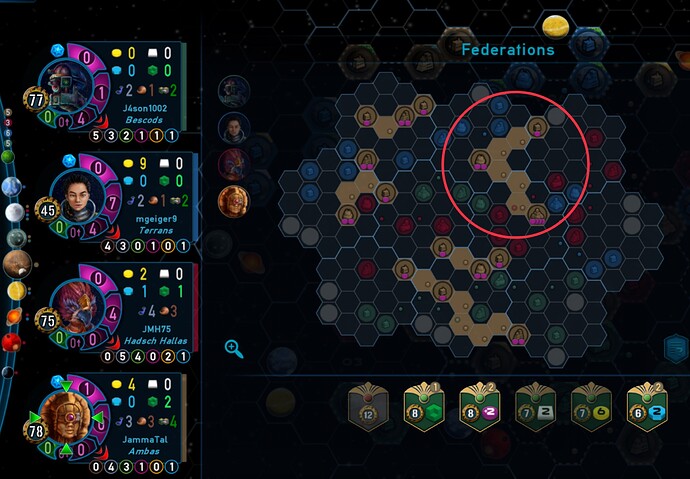 that was my last federation. i chose the money reward for upgrading to another resource lab for 7 more points and 4 more research points.
such a close finish!
the 5 federations weren’t enough. and without the fitting end game reward for “most satellites” i think i would not even have put an auction bet on the Ambas.

Congrats @JammaTal on another win with the Ambas. I could not figure out how to play the Itars. Getting 4 power tokens in my gaia area at the beginning of my turn was something I thought would naturally happen , not something I had to make happen.

this time i used the Ambas special power only once. 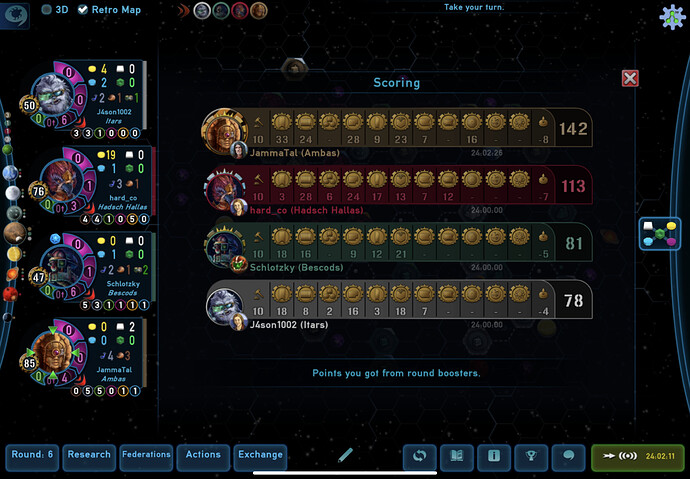 all players ok with this?
does anybody want to join?
@Codington? @zen4one? @robthomasson? @Snotty128? @duckworp? @JHTaube? @irishdomer08? @kennfusion? @Mysterio?
more fhan two players on the waiting list would trigger an instant
qualifier match.
the first two players would qualify for the next title match.

[edit] i’ve just seen that Gaia Project is the running Decathlon game.
so let’s postpone all Supernova Challenge activities till the Decathlon train will leave the Gaia station!

I’d be interested in jumping in after the GP round in the Decathlon is complete.

great! welcome!
i’ll put you on the list.
and itm it would mean a challengers 3P game for the top two slots qualifying for the next title match.