Since TfM now apparently works, and the two new maps are out, it’s time for the first SP TfM tournament.

The format will depend on final numbers, but I intend to run it as a Swiss-ish tournament with at least 4 rounds, one for each map plus a competitors‘ choice round to replay the favourite map. We’ll play corporate era & prelude, no draft, at a civilised stately tempo to avoid overloading the decathlon participants.

It looks like only the game host needs the expansions.

Signups until Sunday, which also gives the current games some time to reach that moist temperate biosphere we all adore.

It should be cross-platform, as it works fine between Steam/iOS/Android, though I can’t speak specifically to Epic.

On PC, it is also currently half off on GoG

I’m in of course 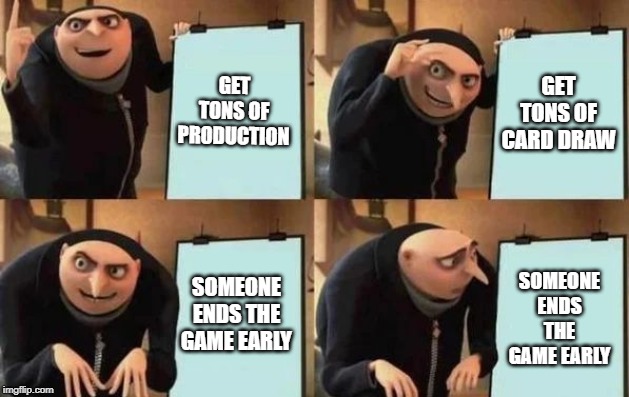 If it cross plays nicely, count me in. I’ve just downloaded it

At least @js619 from the other thread has it on Steam and hasn’t mentioned any problems, so I think cross-platform is functional.

Good, 10 players so far. Another 2 would be ideal.

Certainly no cross-platform problems for the games I have had with players from Steam, iOS and Android. I “cannot imagine” that there would be any difference for players who bought the PC app from Epic or GoG. I take my turns on PC (Steam) or iOS as the mood, or convenience, takes me.

Haven’t used cross platform in a while, usually play on my iPad, but willing to give it a test if someone wants to shoot an invite.

eta works fine, can make my iOS moves on Steam without difficulty. DLC doesn’t carry over in terms of purchase, but does in terms of gameplay.

I WANT IN! Please?

Good good. Up to 14 which is an inconvenient (but workable) number. One or two more would be good

Eh, you can include me if it helps getting to a sensible number (assuming you don’t mind an absolute noob on one of the tables)

Excellent. No better way to learn

Edit: as we have 15 now which is a nice league of 5 3P tables, I might leave it at that. If one more person joins by Sunday, we‘ll have 4x4P, otherwise I’ll do table allocations on Monday.