One Deck Dungeon getting tiny on Thursday

My top mobile game of 2018 was Handelabra‘s masterful port of the Little Card Game That Could, One Deck Dungeon. It was a perfect blend of quick, roguelike play and oodles of dice-chucking madness. Yes, bad dice rolls can nip you in the backside, but that’s the point of the game: building up your hero(es) to mitigate dicey disaster. I played the hell out of it on my iPad and even sank too much time delving on my laptop. It was nearly as perfect as could be, with one exception: it wasn’t also on my phone. This Thursday, that changes.

One Deck Dungeon is a card game consisting of, you guessed it, one deck. The cards in the deck are multi-purpose. They act as the current threat as well as a bevy of rewards once that challenge is defeated. On the table, each side of the card holds a different reward, in the app the rewards are seamlessly added to your character’s arsenal.

The meat of the game is figuring out which reward to take and when. Do you really need another red die to roll, or could you find a sweet combo that will make the lackluster ability shine a floor or two down? Or, should you just convert the card to XP and increase the number of dice and abilities you can claim later? It takes a deft hand to make the correct choices and lead you through three ever more perilous floors and, finally, to the dungeon’s boss.

The base game has a slew of baddies and heroes to peruse, and the expansion, Forest of Shadows, doubles it. This leads to almost unlimited replayability and I haven’t even mentioned the extra heroes you can nab via IAP.

Anyway, all this awesomeness is headed to your phone in two short days. You can expect the app to go Universal, so iPad owners shouldn’t need to repurchase.

In an interesting move, the game actually plays in portrait mode on the phone. I’m not sure I’m used to it yet, but I definitely prefer portrait over having to turn my phone to landscape. There’s just a lot of info that you need to swipe or tap for that I’m used to just being there on the bigger platforms. I know, what a tale of woe! I’m sure I’ll find a way to carry on. Somehow.

As we come to expect from Handelabra and their big announcements, it’s not always about them. They’re using the phone launch as a way to make some coin for Code Liberation, an organization that “catalyzes the creation of digital games and creative technologies by women, nonbinary, femme, and girl-identifying people to diversify STEAM fields”. Every purchase of ODD on any platform will get Code Liberation another dollar from Handelabra’s generous pockets during the sale which ends next Wednesday, May 29. They’re planning on having deals on ODD and the Forest of Shadows expansion as well. In other words, go buy the damn game on Thursday and as many of the extras as you can afford!

The sale doesn’t start until Thursday, so I’ll allow you to wait until then. As such, the prices below don’t reflect the sale price.

Great news! The handful of iPad-only games that I own just don’t get the love they deserve, so it s always great when they finally come to my phone. I’ll probably be picking up Forests.

Do you really need another red die to roll

Your are doing it wrong. There are no red dice in the game. No wonder your heroes keep dying.

This is awesome news!

Do you know if progression transfers between iphone and ipads?

I was trying to go from memory…that right, the strength dice are yellow. Oops…

The mobile version is exactly what I’d been waiting for. Very happy with it.

I bought this and somehow I can’t download it. Not sure what has happened…

Oh, nevermind, it was a weird free update after I tried to buy it

I bought this on my iPad when it was first released. Now that it’s universal, it wants to charge me another $4.99 to have it on my iPhone. What the hell?

EDIT: While viewing the IAPs for the app on my iPhone in the App Store, it shows that I previously purchased those, but not the app itself.

Finally got this as well.
The mobile port (portrait!!!) is fantastic.
Graphics is serviceable and I really hate the music, but gameplay is super addicting.
Reminds me a bit one of my fav solo boardgame, Elder Sign Omens.

Handelabra knows about the issue and they’re working to fix it: 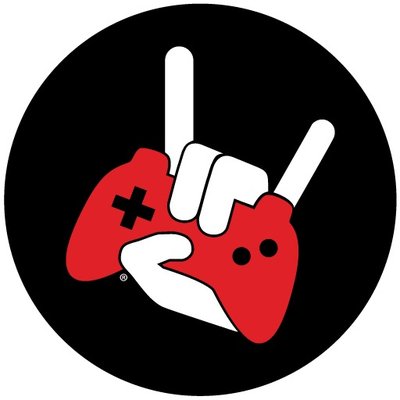 We are aware that some existing customers are being prompted to pay again to download #OneDeckDungeon on their iPhones. we are attempting to get in touch with the @AppStore so they can fix the issue. It is definitely on their end. Just hang tight.
3 Likes
Mirefox May 23, 2019, 1:05pm #11

This happens quite often when an app gets a universal update. If you “buy” it again, the store will recognize that you’ve already bought it and you’ll get it for free.

It’s also on sale so I’ve bought it to see what you lot have been banging on about for ages! At first glance there’s more to it, more to absorb, than I expected, so I look forward to peeling it apart over the coming days.

I wish I had some credit to buy the expanion

This game is damn addicting.
I still can’t beat the Dragon at default difficult (my top was reducing it to 1 HP before dying) but damn…I can’t do anything else.
I would describe it as a deeper story-less Elder Sign Omens.

Plays awesomely on both tablets and mobile, I wish they synced progresses tough…I miss those hard work earned pips.

There is a surprisingly amount of variability in gameplay, according to the parry you choose and the skill you acquire playing.

All those last year GOTYs were truly deserved, but I’m glad I waited this iPhone port because that’s were I played the last 5 hours.

I have had more fun on phone. My iPad is so old and slow. Phone is quick and snappy!

I learned the game with the archer. I’m not saying she is better than other classes, but I really miss her heroic feat. Every new run as a warrior has me almost instantly looking for my black dice…

I’ve found with progression turned on, it gets easier and easier. Also, two heroes seems to be the easiest way to play and progress. So, yes, I’m taking the easy route.

Does anyone know if I “buy” it on my iPhone will it charge me $5 if I’ve already bought it for my iPad? The “buy” prompt keeps popping up and I’m not ready to gamble $5.

Edit: “buying” is free if you already own it.

You get all your I, but your progression is not transferred.

Purchased. Looking forward to seeing if it lives up to the hype.

According to my iOS usage, I’ve played already more than 10 hours in last 3 days.
I’m obsessed with the game, beat Dragon and Hydra.

It really is fantastic. Done them all on Novice, moving up to standard. No idea how you are supposed to win on fearless!