Leaders & Wonders expansion has arrived in Through the Ages

While I’ve been on a bit of a Through the Ages hiatus for the past few months (mainly because I realized I would never, ever beat JS619 again), it still reigns as the greatest board game port I’ve ever played. Not only is the base game Vlaada Chvatil’s magnum opus and nearly perfect, but CGE managed to add enough polish and shine to the app that, digitally, it’s even better.

The base game has been around since 2006 in cardboard form and there’s never been an expansion. It really doesn’t need it. That said, today we get an expansion and I couldn’t be more excited.

What do we actually get in the expansion? Well, L&W will double the current amount of Leaders and Wonders present in the game as well as add several new Military cards to really change things up. Which leaders and wonders made the cut? I’ll tell you when the expansion unlocks on iOS.

Yes, that’s right. While the Leaders and Wonders expansion for Through the Ages is out today for Android and PC/Mac, it won’t arrive on iOS until the chuckleheads in Cupertino deem it worthy of their garbage-filled App Store. That could be later today or tomorrow at the latest, but there are days I rue being so deep in the Apple ecosystem and today is one of them.

In a very cool move, CGE has made this expansion ‘buy once-play everywhere’. As long as you’re logged into your CGE account when you purchase the IAP, it will unlock across all platforms, meaning you don’t have to pay twice if you like to switch games between your laptop and your phone.

The expansion will run you $5 and can be nabbed via DLC right now on Google Play or Steam. You can also grab the expansion for free if you go and pre-order the cardboard expansion at your local FLGS. The expansion won’t hit the tabletop until October 24, but they’ll give you a code for the digital expansion today. On top of all that, CGE is also selling the base game for 40% off so now’s the time to grab it on that second platform if you haven’t done so already. The sale only lasts through the 19th, so don’t dawdle.

If you haven’t purchased TtA on any platform at all yet, then you’re truly missing out. Go buy it and not just because it’s awesome, but also because CGE is the only publisher to put Stately Play right in their trailer. I mean, how cool is that?

Warning for Apple users: the game won’t let you play online until you update, but you can’t update until Apple releases it.

Good thing I’m not in any games right now!

Warning for Apple users: the game won’t let you play online until you update, but you can’t update until Apple releases it.

Good thing I’m not in any games right now! 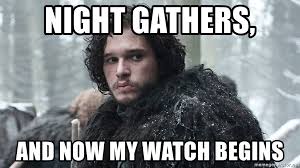 Who’s up for a game once it’s live on the AppStore?

Apple screwed something up again? Oh well, at least there are 5,000,000 crappy Flappy Bird clones that flew right through the approval process for me to kill the time with…

Update is live on iOS.

@SleepingGiant
@Mirefox
@whovian223
I created a game with all of you!

I hope this doesn’t sound too lame, but some real life friends and I agreed to not spoil the cards in any way and to discover the new set in-game with each other.

I appreciate the invite but I’m going to stay out of this one. Sorry.

No worries! Game has been recreated for 3! @SleepingGiant, you’ll have to rejoin.

I accidentally started my 3p with just whovian223, so I created a 4p adding you!

I thought you meant a 3-player game. LOL

Pick me for games! Downloading and getting the expac tonight

Anyone else getting a “connection to server failed” message?

I was having some spotty server connection earlier and all of my friends and I got a “test” notification, so perhaps they are working through something.

This is a good read on all the various card changes