Crowdfunding: Where Your Wallet Goes To Die

Just thought if anyone knows of any lesser-known titles on any of the pre-order programs, they could just innocently mention it for no reason particular reason in here. 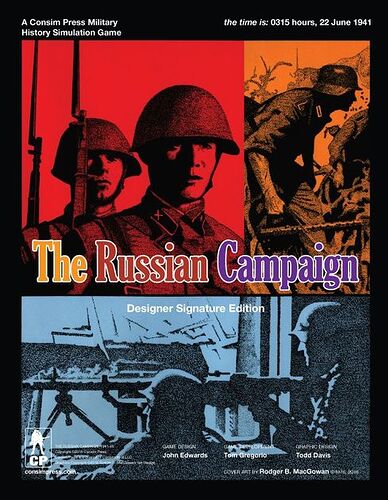 Game description from the publisher: The Russian Campaign, Deluxe 5th Edition, marks the triumphant return of our hobby’s true classic wargame designs — universally acclaimed as one of the most venerable and widely-recognized games ever published,...

TRC is a stalwart East Front game, originally hailing from the hallowed 1970s. It has somehow survived and been refined several times in further editions, to appear now in what is probably its ultimate form, with further decades of historical research behind it. Updated details in an elegant, eminently playable design that is approachable for newbs. Different counter sets with NATO symbols or icons, whichever the player prefers. They’re even doing mounted maps separately if you really want to show Big Cardboard who is DTF.

I played a fair number of wargames back then, but I never did actually get to The Russian Campaign.

I do have fond memories of them all.

I own and have played the Avalon Hill version of the Russian Campaign. For me, it’s just at the right scale for the Eastern Front (each counter is a German Corps or a Soviet Army), and you can play a game in around 4-6 hours. If you want “monster game”, any of the Barbarossa games are well regarded (there’s one for each Army Group, each counter is a Regiment or a Divison). If you want quick playing but somewhat abstract, the No Retreat Series (each counter is an Army) is a good choice

Ardennes '44 is widely considered one of the best games for the Battle of the Bulge. If you prefer the fog of war that comes with block games, Fast Action Battles: The Bulge is the equivalent game for that battle. There’s also FAB: Golan Heights and FAB: Sicily

Here I Stand is very well regarded in my wargaming group, but I have not personally played it yet. It;s best played with four players though.

Combat Commander (Tactical card-based WW2 combat at the Platoon/Squad level). I was an early playtester of this game.

Commands and Colors Ancients (Romans vs Carthaginians, with expansions to cover other kingdoms of that era)

COIN Series: These are not so much wargames as they are war-themed card-based eurogames. (Basically instead of placing workers you are placing armies). I liked Falling Sky from this series.

Space Empires 4X is a solid hex and counter wargame that takes place in space.

That’s all I know from a quick glance at the latest P500. If you could list the periods of history you are most interested in, that would help narrow down the recommendations somewhat. Don’t forget to check out their non-P500 titles as well.

I’m currently on the hook for At Any Cost: Metz 1870 not because I’m that interested in the Franco-Prussian War, but because the designer has used a very similar system for two American Civil War games, Thunder in the Ozarks and Stonewall’s Sword, with a third on the way, and they’re very very good.

Also got All Bridges Burning, the Falling Sky and Cuba Libre expansions, Fighting Formations: Grossdeutschland Division’s Battle for Kharkov, Gandhi, Imperial Struggle, Crusader, Red Winter, 1989, and with a few more maybes like The Dark Valley and the No Retreats.

This treatment of Solferino features an adaptation of Hermann Luttmann’s Blind Swords system as the core ruleset. The system is heavy on unpredictability and fog of war due to the chit pull mechanic. The chit pull mechanic also very much aids in solitaire play, as does variable activation rules and reinforcement tables. A number of other features help make face-to-face play attractive, including the Strategic Initiative system, a number of scenario variants and optional rules, the optional Encounter Battle system (focusing on altering starting and reinforcement conditions to allow the course of the battle to develop differently than in the historical case), and the move-and-countermove event chit play. Nation-specific event chits inject some period flavor as well.

Monty’s Gamble: Market Garden features a semi-simultaneous movement system which provides maximum interaction and requires players to make tough choices as every move they make may be countered by their opponent. Both players will have pressing needs up and down “Hell’s Highway” but may only address one at a time—hopefully before the variable turn length causes the turn to end!

Great War Commander(GWC) is a wargame based on the popular Combat Commander series created by Chad Jensen where two players take turns playing “Fate cards” in order to activate military units on the mapboard. GWC offers many new and unique elements to its parent system. The maps are deeper, allowing more playing surface to maneuver two battalion-size forces facing each other.

There are several new orders, like Offensive, Runner, and Machine Gun Suppress, all reflecting the intense combat. There are over 30 actions including Engineering works, Go to Ground, and Rolling Barrage, highlighting terrain destructions and powerful artillery. 40 events deal with experiences unique to the times, such as Tanks and Sturmtruppen. Among the new and many contemporary events are Trommelfeuer, High Command Meddling, Petard Raquette and Machine Gun Nest.

Great War Commander puts emphasis on the rigid top-down field command structure of the period with captains giving orders to lieutnants and NCOs which is new to the system. Besides the Fate Cards, there are Strategy Cards which factor in higher command and give a flavor and depth to the battles beyond that of the tactical level.

Nevsky is a board wargame about the storied clash between Latin Teutonic and Orthodox Russian powers along the Baltic frontier of the mid-13th-Century. It is the first volume in GMT Games’ Levy & Campaign Series portraying military operations in a variety of pre-industrial conflicts. In Nevsky, players raise and equip their armies, then provision and maneuver them to ravage or conquer enemy territory or defeat enemy forces in battle. Feudal politics obligate an array of lords and vassals to serve on campaign—but only for limited periods. Players must keep an eye on the calendar and reward lords to keep their armies in the field.

The phases are drawn as chits, so you will not know in what order they will appear, with the exception of the first chit in a Game Turn which is chosen from the first three drawn chits in the previous Game Turn. Both players have a set of four Phase Chits each and they take turns drawing them. The game mechanics are easy to master. The game play may not be.

The quality of the unit is the most important feature. Basically it affects four aspects: Not only will a high quality give an edge in combat, it also decides what kind of ZoC the unit is able to exert. The quality will decide how long a unit can be out of supply before attrition strikes, and how capable the unit is to make an operational move (a “double move”). Since ZoC is non-existent except when preventing enemy units conducting operational moves, it is very important which units you position and where you do so. Especially so, if you are uncertain of which phases there remain to be played. 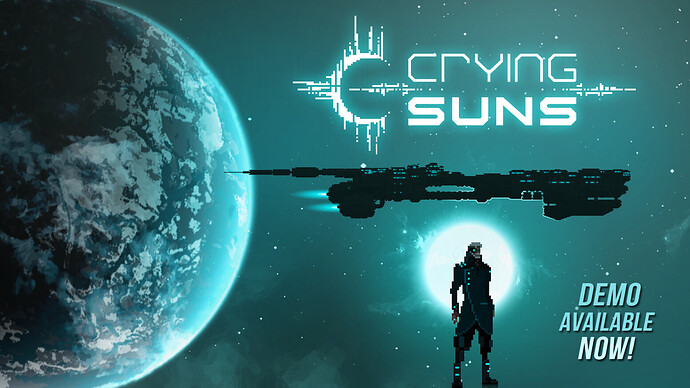 A rogue-lite and tactical game where you explore a dying galaxy as the admiral of a space fleet.

Sorry, I know this isnt the right thread for it, but can anyone suggest an ‘entry’ level coin or similar type game that’s in print, preferably with an ‘old’ history theme rather than a modern history theme. Looking for a birthday present for a friend who’s into heavy history games

(Normally I’d happily do research myself, but I’m super busy and thought I could throw this out there an just ask the experts)

My top pick for that would be Falling Sky, the Romans in Gaul. Cuba Libre is still the easiest COIN to learn, but apparently a lot of new players have had no trouble with FS.

Thanks for the quick reply, that’s exactly what I was looking for!

An XL and alternate version available! 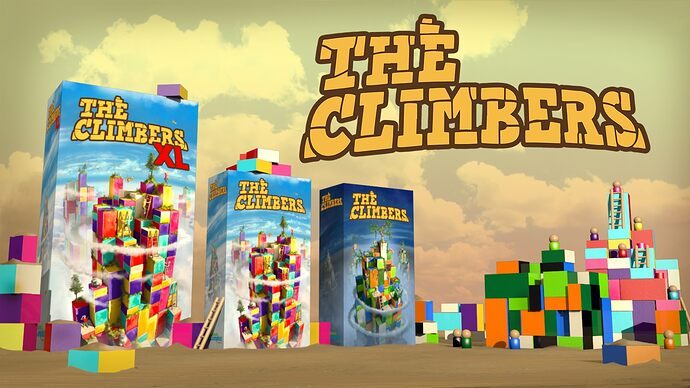 Capstone Games presents The Climbers XL & an alternate art version of the original from our Simply Complex line!

Those of you who enjoyed my Skies Above of Reich AAR (which I will be getting back to soon) will be pleased to know that the standalone expansion Storm Above the Reich is now in P500:

And we’re actually having a GMT sale this year, so 50% off anything in stock for each P500 you’ve put in for. So, you know. You might want to.

Wait, how exactly does this work?

I didn’t know you were on the GMT staff. Cool.