Onirim is a highly-regarded, fast-playing solo card game by Shadi Torbey and Z-Man Games, and is now a highly-regarded, even faster-playing ideal phone game by Asmodee Digital. Perhaps the easiest single-sentence summary for Stately Play readers is this: Card Crawl is more like Onirim than Card Thief, and this stands as a strong compliment to all three games. Card Crawl gave about as much satisfaction as a turn-based game could offer in such a brief playing time, and Onirim gives us decisions with a similar tactical feel and memory element. Card Thief has much in common with Card Crawl, but Tinytouchtales innovated with it enough that a third game could be more similar to their first outing without being redundant. In other words, Onirim fills the same niche as Card Crawl while still being sufficiently distinct to justify itself.

Onirim thematically represents an attempt to escape from a dream world plagued with malevolent nightmares by opening eight doors. Play three cards of the same color in sequence and you’ll open a door, but each card played must have a different symbol from the card before. So there’s an element of hand management to arrange an opportunity to play the series you need; these plans are routinely ruined as you draw the aforementioned nightmares. Fortunately, one of the symbols on the cards is a key, and, like babies, you can appease nightmares by jingling a key in their direction (free parenting tip). But you can also discard keys to reorder the top five cards in the deck and discard one, so you’ll begrudge each one lost to a nightmare. If you haven’t saved a key for your next nightmare, you’ll have to discard your hand, close an already-opened door, or lose the top five cards of the deck. As you can imagine, all of these options are terrible because when you run out of cards in the deck, you’re trapped in the dreamworld, and there be no forgiveness.* 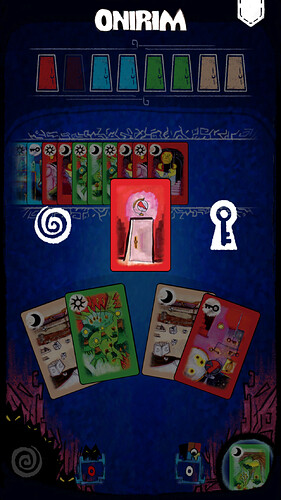 I feel like this sort of win ought to accidentally pull a nightmare through into the waking world, like a crappy horror movie setting up its sequel.1242×2208 2 MB
The narrowest possible victory.[/caption]

Onirim is not an easy game, but it is simple and quick both to learn and play. With evocative but unobjectionable art and relatively few interface elements, it’s an ideal phone game: when you find yourself with a few dead minutes, you can enhance them with a bit of threatening impressionism. I used to worry that I was robbing myself of all my opportunities to reflect or to learn the talent of boredom. More recently, it occurred to me that one of the reasons creative people are often most productive in cities is that they are more frequently supplied with impulses to think, and most of the reason Stately Play exists is that you, the readers, provide such a motive. So, screw boredom–if I can engage my mind, I’m for it. If I’m stuck waiting later, I’ll have more interesting experiences to draw on, and I was always a mediocre philosopher.

I used to explain my position on anime (to a friend who was a fan) that, to me, it was like time travel. It didn’t stick in my mind well, and I neither liked it so much that I ended up excited nor disliked it so much that I ended up grumpy–I was in pretty much the same state, just later. That’s often the minimum standard for the sorts of games which suit our phones well–we may use them simply to make boring time go away, and even that can be valuable. Onirim doesn’t simply waste time; it’s more satisfying than that. Given its brevity and simplicity, it’s not a lot more satisfying, but there’s no way to cram Twilight Struggle into three minutes. If you’re at all in the market for a well-crafted app of one of the best solitaire experiences you can have in half a handful of minutes, Onirim is an easy recommendation. 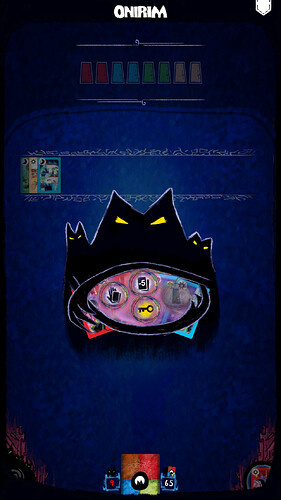 I imagine them as &#39;We&#39;re all out of Vegemite&#39; or &#39;My very good game has one bug&#39;.1242×2208 1.73 MB
The one bug I experienced scales the nightmares (and cards) for a lower-resolution screen. They’re very small nightmares.[/caption] * Yes, I just watched The BFG, which recently became available on Netflix in the U.S. I'm on a huge Mark Rylance kick at the moment; wish I could see him play Elwood Dowd. 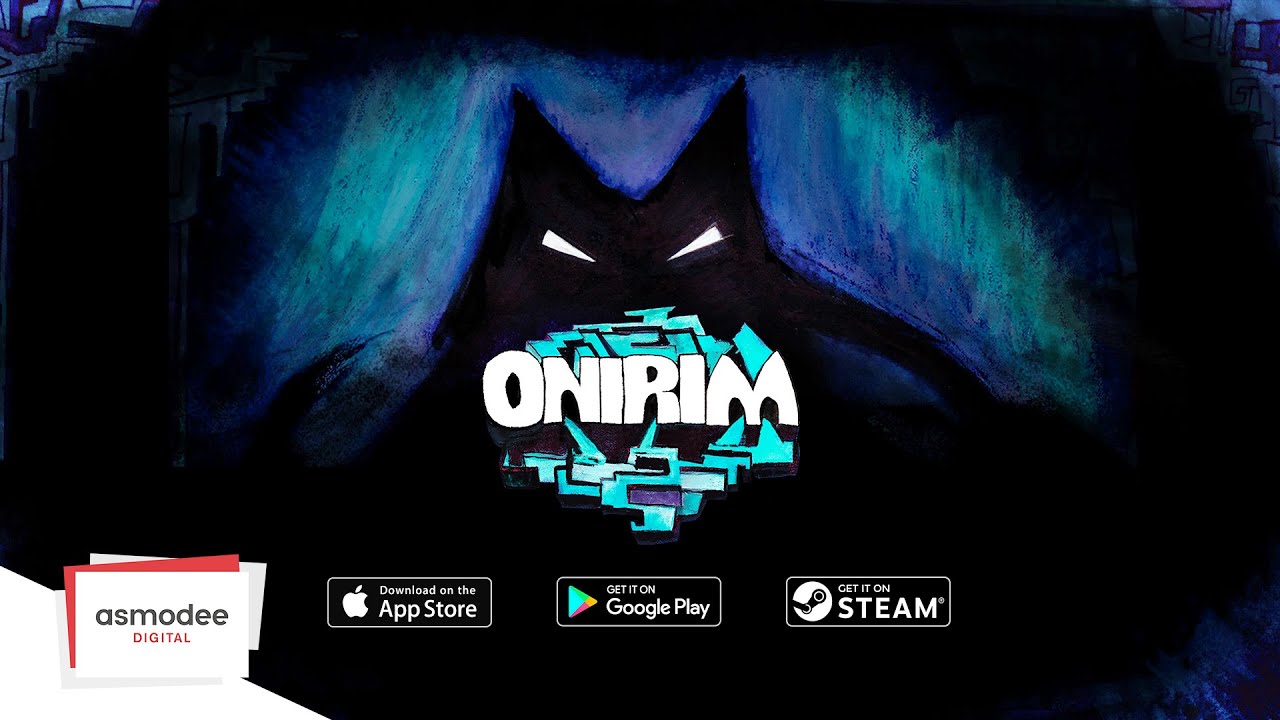 Heads up! The first Onirim expansion is out for free! It plays well and adds some variety to the game.

Hoping they make all the expansions.

Hasn’t landed yet on Android, but I’ll keep spamming my “check for updates” button in the meantime.

I really like this game. Wish they would add the other expansions; I’m sure that will never happen.

Just finished 1000 games playing various expansions, though not many games using the third expansion. My average is 66.0%. I think I gained about 1/2 a percent in the last 15 or so games.

I think it is interesting to see how many wins and losses one has in a solitaire game like this.

I didn’t realize they had a stats tab. Let me just check in and … Jesus!

Wow. That’s a lot of games and great percentage!
I wonder how you are playing differently from me to do so much better. Definitely enough plays that it is a statically significant difference.

It is a beautiful time-waster when I need to just relax. When I’m stressed or whatever.

It does have a couple of expansions, though. I always play with both of them (I don’t remember what they are, though).

I guess what this game was for y’all would be more what Card Crawl was for me. Played it at least 1,000 times, mostly the daily game. This one didn’t hit as hard, and I bailed after a couple dozen.

I play mostly with the first expansion only, which makes the game feel less fiddle to me, but definitely easier.