It’s the flight model. No, no, it’s the visuals. Wait, it’s the muted pokka-pokka-pokka of the cannon. Whatever it is about recent shmup revelation Furious Angels, I’m ensconced in its cocktail of arena shootery like nothing else. As such, I reached to the man behind the game for a quick goosey at where, why and how.

He’s Filippo De Luca, a child of the 80s and certainly not without prior development chops.

“Originally working on the The Specialists mod got me into Crytek, where I worked on the original Far Cry and Crysis games,” he said. After leaving, he went on to be part of the foundered Naumachia: Space Warfare, a spiritual successor of sorts to the likes of Allegiance. The project ground to a halt under an overload of ambition, which is certainly no rarity.

“I’ve struggled a bit since then,” De Luca said, “but I feel like I’m back in shape with Furious Angels.” 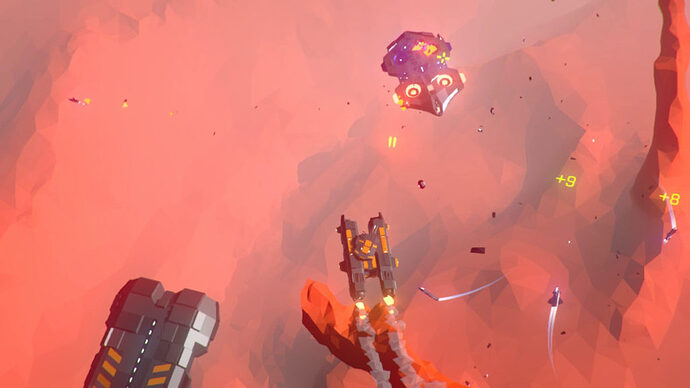 I asked him about inspiration behind the game. No prizes for correct guesses. De Luca cited Luftrausers, Devil Daggers and his passion for jets, both real and fictional. But it wasn’t always going to be a shmup.

“Originally, it was going to be an arcade RTS of sorts, would you believe?!” he said, “But as soon as I got the flying mechanics in, I knew I wanted to focus solely on that. Furious Angels is the result of many iterations thereafter.”

Leaving behind the Herzog Zwei conception, but retaining the arcade elements as it morphed into a shoot 'em up, it was essential that De Luca cracked the core conceits of what he deemed important to a score attack game.

That triumvirate defined Furious Angels - cruft-free, no junk mail. He went on to explain how the game ended up as lean as it did.

“I review new ideas in my head before implementing them, and when I do plug them in, I test them very rigorously before showing them off. They have to feel just right. But, I still need to streamline the process for future projects, making it easier for outside input and play-testing.” 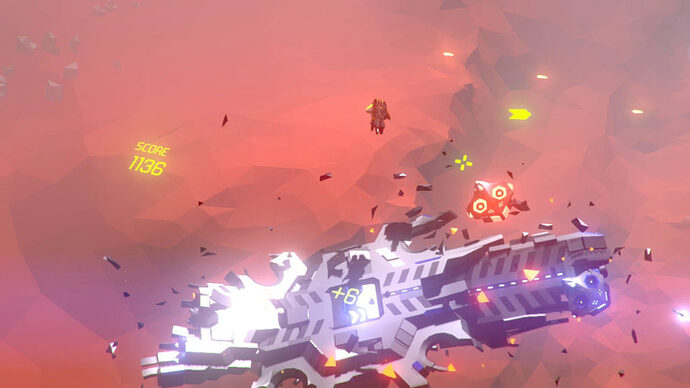 Furious Angels wouldn’t be anything with the aforementioned feel. I can’t put too finer point on it, but the simplicity of its arcade aspirations pay off with its delicious flight model; whippy, drifty physics governing the smaller craft and brutal, spaceborne bulldozer-like qualities paving the high-end pay-off.

“The flight model is the same for all ships in the game, the difference is all about few parameters. Surprisingly, big ships and the player tank did not need much tweaking and came out just about right from the start. It was the fighters and ultimately the player ship that needed much more tweaking,” De Luca explained. “I can be quite obsessive about movement in games.”

If any consensus opinion can be drawn from Furious Angels’ release beyond lauding its mechanics, the response to the game’s audio has been mixed. People have called the sound effects ‘muted’ and the lack of genre-staple musical thump somewhat disappointing.

“My brother – Furious Angels’ music composer – and I were kinda shocked by the negative comments about the music,” De Luca admitted. “I’m actually very happy with it. It starts to build up about the time you get your first tank – around the 1-2 minute mark – and escalates gradually till the end. Maybe the beginning is too slow for people to get engaged by or we just needed more tracks at launch. It was an issue of time, more than anything.”

De Luca did concede the sound effects lack punch, and hopes to adjust them in an update. 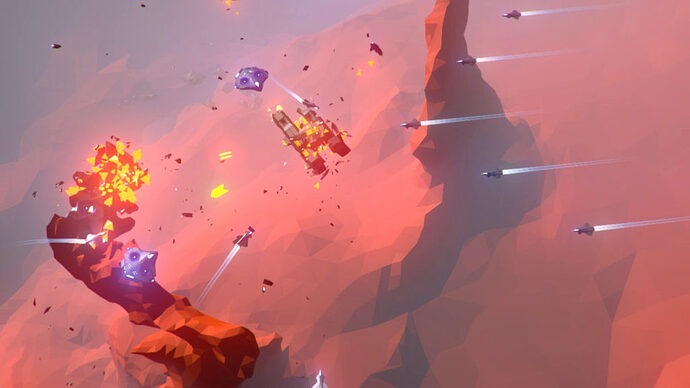 At the risk of sounding like an apologist though, the clean, soft weaponry is part of what makes this game attractive. The aesthetic feels akin to Mike Tipul’s House of the Dying Sun, as does the audio. But where Tipul’s sound work effects a sense of deep-space vacuum, De Luca’s fat-free array of rising combo chirps and understated rapports helps keep track of damage amid the chaos.

You’re often gunning on ships as they skid off-screen, and it feels utterly by design that audio bombast is traded for clarity of contact. My only hope is that, even with an appeasing overhaul, De Luca retains the conservative sound for those who want it. Like, well, yours truly.

“There has already been a small update to the game and I’d like to make a couple of content updates in the future, such as ship upgrades, enemies and music tracks,” De Luca said. “Nothing crazy though. I want the game to stay lean and not add stuff just for the sake of quantity. Let’s see how well Furious Angels does first.”

Thanks to Filippo for his time.