A match made in heaven: Playdek and GMT form partnership

When something gets too much hype there’s a good chance that reality will never rise to meet the expectations already formed in your head. That was the fear when GMT started talking about a “major” announcement regarding digital games that would be coming in late July. I was expecting the announcement of something like Labryrinth or, if we were lucky, a digital COIN game being announced. Big, but hardly the earth shaking announcement we were led to believe was coming. Then I found out what the announcement was and, damn, if GMT didn’t actually surprise me with this one. Not only is Playdek making digital versions of GMT titles, but they’ve joined forces and formed a partnership which ensures we’ll be getting GMT games on our devices for a long, long time.

First things first, what does this mean for me. I mean us. Well, we can expect Labyrinth to land on Steam for PC/Mac before the end of the year and on our iOS and Android devices in 2019. If you haven’t played Labyrinth, then I can’t help you because I haven’t played it either, but I can’t wait to rectify that before Christmas rolls around. From what I understand, it’s kind of like Twilight Struggle but concerns our modern-day battle with global terrorism. All you really need to know is that it’s designed by a CIA analyst and creator of the COIN series, Volko Ruhnke, so you know it’s an amazing tile. On top of the base game, they’ve already announced that the expansion, The Awakening, will be coming to digital shortly after the base game is released as well.

Speaking of COIN games, we're getting those as well. Our first digital COIN game will be arriving in 2019 and though we don't know which COIN game they'll focus on first, we do know it won't be the only COIN game eventually making it to the App Store. All the COIN games are good, anyway, so I don't want to hear any complaining about which one they do lead off with. (Unless it's not Liberty or Death, in which case I'll do plenty of complaining.)

We're also getting Ananda Gupta's and Jason Matthew's follow up to Twilight Struggle, Imperial Struggle. This is a 2-player game that follows France and Britain from 1697 to 1789 when something kind of important happens in France. It's one that I pre-ordered via GMT's P500 system but haven't even gotten a hard copy of yet. Considering we'll be seeing a digital version of this one in 2019, it's likely we'll be getting both the digital and cardboard versions around the same time.

Those are the only games announced today, but both Playdek and GMT stressed that this is a long-term partnership and not just a contract that says they’ll do a few games and see what happens. “As of now, we see this as a very long term strategy for both sides,” said Joel Goodman, Playdek CEO, “We don’t have an end date to the partnership, and believe me we could do this for the next 20 years and still not make a dent in the GMT catalog!”

We also know that all their digital games will be targeting PC/Mac as well as iOS and Android. Will there be phone versions of games? Not sure at this point, and it will probably depend on the game and how it could be adapted for a small screen. iPads and Android tablets are definitely in the mix, however.

My mind reels at what we might see come out of the Playdek compilers in the next few years. The press release states that they’re looking at not just the COIN series, but other GMT series as well. Might we see non-wargames? Thunder Alley or 1846? The possibilities are enough to make you want to take the day off, go home and drink beer while sitting around in your underwear. Or maybe that’s just me?

If you want a little more information or just hear some details straight from Playdek CEO’s mouth, head on over to 164 and see what the awesome reporter penned over there. I forget his name, but he’s good. Damn good.

This is awesome news! GMT games are games that I will rarely buy because they will never get to the table. Having the ability to buy and play them electronically is amazing. Throw in some asynchronous multiplayer and I’ll have hundrest to thousands of hours of gaming ahead of me.

Please, though, Playdek, figure out a way to make the games work on iPhones. It absolutely kills me that Twilight Struggle is ipad-only. I know there is a lot of information to process, but scrolling and zooming isn’t going to be a deal-breaker.

I guess the only downside of this announcement is that we wont be seeing Caverna or Feast For Odin from Playdek.

Edit: I see that that anonymous damn good reporter over at BGG asked about iphones. Good for him.

@Mirefox Yes, Playdek would do great with Caverna or Feast of Odin (although I would prefer Nujsford) but I am guessing that any future digital versions of Uwe Rosenberg’s games are more likely to come from DigiDiced … but then - I know nothing.

Playdek can’t clone themselves and a deal that gives them stability and us a steady flow of great titles is just fine and dandy. 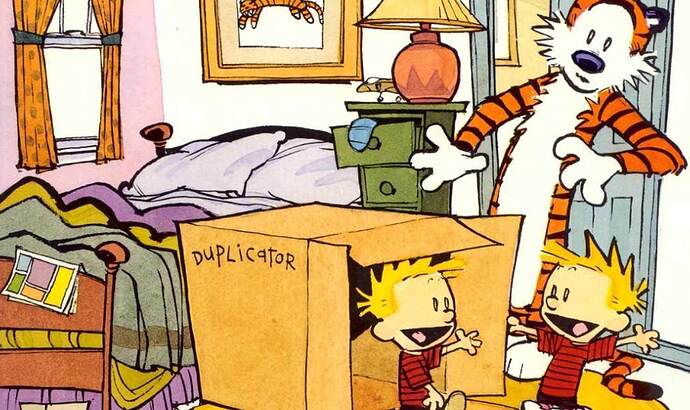 Oh, we can clone them…

The best way I can describe Labyrinth is a mix between Twilight Struggle and the COIN games, albeit for 2 players. It’s card driven like TS, but asymmetric abilities like the COIN games. Perhaps my biggest like about it over TS is that it does away with the three decks, so memorization of the cards isn’t as important.

I’m so excited for this I just can’t even…

As amazing as this is, I only hope Playdek can manage the workload and schedule… I’m still waiting for my Kickstarter iphone Twilight Struggle with 1 year of online tournament entries!

Labyrinth is seriously interesting. It incorporates both the neocon and jihadist mindsets into the game, and is good for all the reasons reviews like this one say it’s bad.

Ugh, I couldn’t be bothered to read that. Skimming it, though, the guy seems to want a game with 30,000 cards to represent every minute difference in geo-politics, with weekly errata to represent the ever-changing nature of reality…

When GMT first began considering digital applications, my Winds of Plunder was high on their list. Omg, I would love to see that implemented! I’d even volunteer to make any rules changes to render an async version eminently more playable. Hope you’re listening GMT/Playdek!

No honestly, great news! Really looking foreword to see more Playdek games. Anything will probably turn out great. I for one liked the first games best (Ascension, Nightfall, Summoner Wars, Don’t Stop), Twilight strangely didn’t click with me and I couldn’t be seen playing TC without turning red. But anything would do, really. Best news of the day

Does this all mean that we are getting Fire On The Lake with Agricola graphics?

This is amazing. This is such good news specifically for people like us and this community here.

If this means I get to play any COIN game at all, well. Outstanding news.

Let me just dream an impossible dream and hope for a port of Unhappy King Charles though.

I really should buy the mounted map for that.

I’m pretty sure playdek is trolling me by sending an email with the header “the announcement you’ve been waiting for!” Little did they know, it was not an ascension announcement that I was actually waiting for

Which one were you waiting for? The long promised Labyrinth on iOS?

That was the one I’d been checking regularly, but then I reread the opening post and it made me sad

Oh… yes. Blimey, almost two years. It would be a shame to add this to the Vapourware thread.

I wanted that final fantasy rpg they went to Kickstarter with…