Film; or The Silver Screen

I feel your pain. My daughter is much less discerning, but Netflix makes it so easy to binge episodes that my daughter has cycled through all the My Little Pony episodes at least twice.

Hahaha, good point. My kids are still in the “watch everything 1,000 times” phase. I mean, my daughter has access to over 100 My Little Pony episodes on Netflix but only picks the same two…

How old is your daughter? Mine son is 3, and I’m just sort of wondering when that phase happens for kids and when it goes away… And, as an aside, he’s never seen any video, so my goal here is to wait to introduce him to screens until he’s past that stage.

She just turns 5. My son is turning 7 and he’s moving out of that stage.

After many viewings of Moana, I can say: I have considered the coconut.

After many viewings of Moana, I can say: I have considered the coconut.

Ah, being a parent…

Ready or Not. On marrying into a rich family, the bride is inducted into a particularly nasty traditional game. Ostensibly a horror film, but with too much comedy for it to ever be anything but passing unpleasant, I enjoyed it despite constantly thinking of You’re Next and Cabin in the Woods and finding it a little lacking in comparison. Some excellent comedic moments.

Ford v Ferrari was a solid film about an infamous race. I quite enjoyed it and easily recommend it.

The Irishman. What if Goodfellas or Casino, but too much. Not that it isn’t good, but the whole thing has a familiar feel, and there’s never really anything new to it. There’s no real protagonist, De Niro is just a pure viewpoint character who lacks any kind of autonomy, and as a result the film is a frustrating exercise in watching him go along with whatever he gets presented with because he’s just part of a large organisation and he’s not allowed to do anything without someone’s say-so.

A film with style, made with bags of craft, everything you’d expect, and so on, but it left me underwhelmed.

I felt the same way. Well made but ultimately dull only because of DeNiro’s character. Unlike Henry Hill I never really knew where the hell he stood or why he was doing what he did.

I liked Pesci in every scene he was in, however. Maybe only because I miss seeing him in things. Not sure.

I did think the final 1/2 hour or so which dwelled more on growing old and showing how even the most powerful end up feeble and eventually worm food was rather poignant, but the 2-1/2 it took to get there dragged and dragged.

Once Upon a Time in Hollywood. Tarantino has made his film again. A long film with a violent climax. Stylish. Good performances.

Ultimately it feels self-indulgent, as his films tend to, but it’s also so well-crafted you don’t really mind. He’s too big to rein in now in any case. 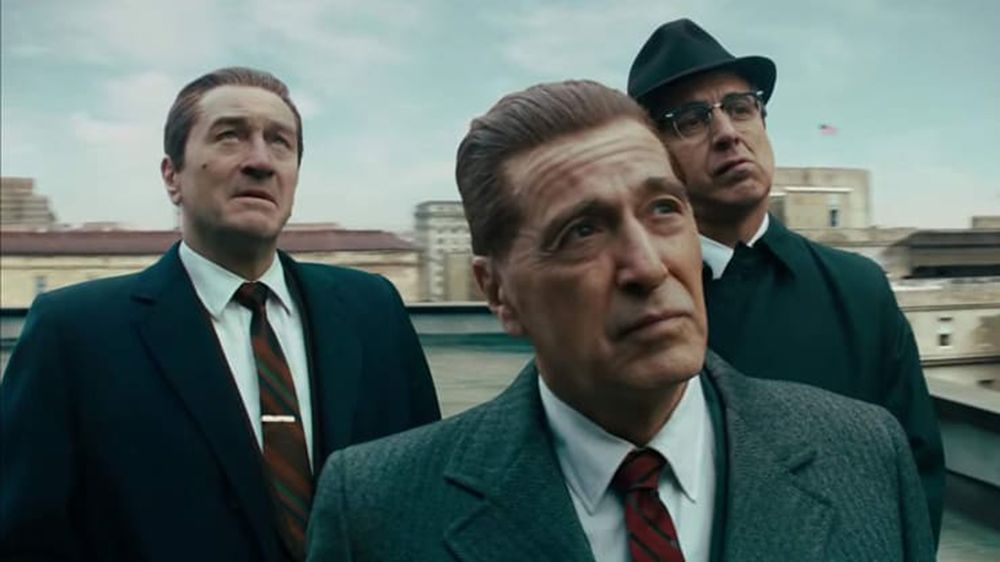 Like achievements, but for movies. There’s a whole untapped potential for gamification here:

Ad Astra. I’m bemused why these beautiful films about space need to be sophisticated about the technical aspects of space travel, and yet entirely amateurish when it comes to the understanding of people. Looks lovely, and certain aspects of it are superb, including the alienation of the main character and the depiction of institutional secrecy, but some of it (moon bandits, space madness) was just silly. A deeply unsatisfying ending.

When will Hollywood learn to give us realistic depictions of moon bandits.