Film; or The Silver Screen

The Rachel Divide. This really should have been called Rachel Profiling, the hilarious/tragic case of a white woman who identifies as black. Some stuff is utterly miserable, some merely ridiculous. Watching society struggle with individual autonomy is always entertaining when we keep ourselves in a society that relies so much on conformity to work; but you can see why smaller communities are defensive regardless.

There is a scene near the end of Clear and Present Danger where Jack Ryan is hanging from a helicopter and the background looks so fake it completely takes me out of the movie. I know SFX were much more limited then, but that scene always reminds me of how important effects can be as every time the movie is mentioned that is the very first scene that comes to mind. I feel like in this day and age when CGI is used so liberally it is even more important to not mess it up. Haven’t seen Extraction yet, but I’m sure the CGI will irk me.

I understand it can be a necessity, but when it isn’t, don’t. CGI muzzle flash in particular annoys me, for instance, but there’s also CGI blood effects that regularly look terrible, vehicle crashes, scene details, etc and one particularly bad transition to cover a cut which doesn’t really make sense and is very much at odds with the rest of the camerawork in the film, which is of a high standard. I know it can be difficult to resist in terms not only of cost but also safety concerns, and I appreciate that, but it really sticks out here.

The Sand. A deeply terrible film that probably has permanently marked everyone involved, and should brand anyone who has watched it, right in the fucking eyes, including me. Some of the worst ‘acting’ I have seen in a long time.

Better Watch Out. Competent but forgettable. Does a nice job of looking away from the worst of the violence though, allowing you to imagine it without seeming too cowardly.

Blood Quantum. This is more like it. A zombie apocalypse, but Native Americans are immune. Some superb acting, unflinching bleakness, and only occasionally let down by poor effects. This made my day. 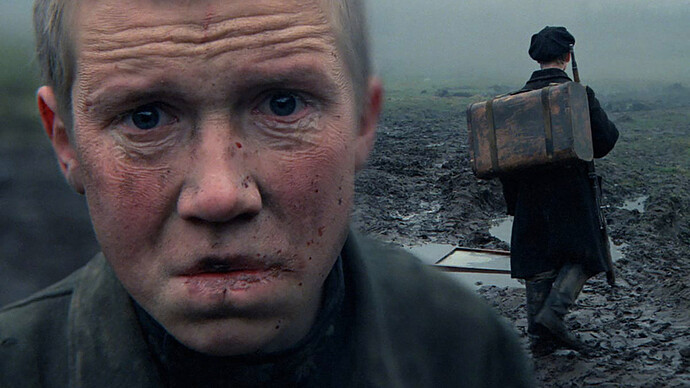 The American. If Clooney didn’t shoot his girlfriend in the first scene* (not even out of any particular malice, nor accident, but mere professionalism) you’d still know here is a man who is carrying around the burden of painful experience, so much so that he might as well have ‘KILLED A WHOLE BUNCH OF PEOPLE’ tattooed on his forehead, thanks to the acting involved. Clooney faces a small cast of gentlemen with extremely seamed faces, a cool assassin, and a lovely Italian prostitute. Probably being hunted, he takes on a job to build a custom weapon for the assassin, gets too involved with the prostitute, but everything turns out fine.

Hahaha, does it fuck. The film is gorgeous at least, spectacular Italian scenery being the easy bits for cinematographer Martin Ruhe, who manages to make the world look like a cooler, classier version of ours. Director Anton Corbijn, who has absolutely no problem going at his own pace, steers without any hurry, and puts together an elegant, quiet film.

*George Clooney has almost certainly never shot a girlfriend, I meant the character. 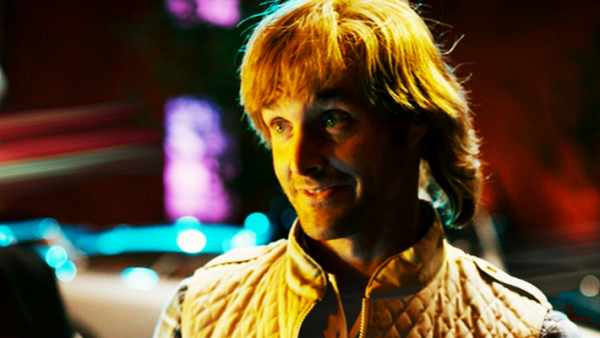 Will Forte Looks Back At ’MacGruber’ Ten Years Later

The ’SNL’ alum holds nothing back when reflecting on the one-time box office and critical failure that became a cult favorite.

Godzilla: King of the Monsters. What a turd. Who on Earth gaslit Watanabe to be in this. Kyle Chandler, looking fresh from the 1950s, is about as terrible as the rest of the cast, and there isn’t even any proper villainy for Charles Dance to perform. The CGI looks nice and expensive. I doubly hate this film for making people concerned about the environment out as the bad guys, again.

The Vast of Night. This is more like it. A hectic swooping ride of a film through small town New Mexico in the 1950s, as a radio DJ and a switchboard worker team up to discover what’s behind some strange goings-on. The film has an astonishing audio design, plus some incredible dialogue, plus fine performances. The framing device is particularly odd, and shouldn’t be there at all.

I can’t think of a single movie where the CGI spectacle is the whole point of the movie that is worth watching. 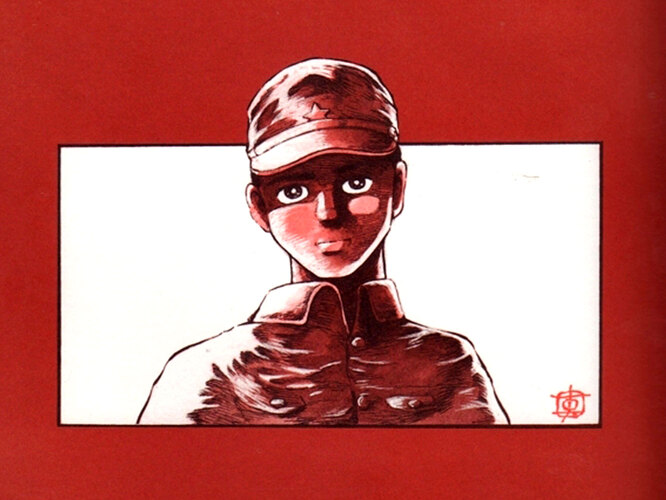 The story of Border 1939, the great lost Studio Ghibli film

Isao Takahata’s unrealised passion project was intended as a follow-up to Grave of the Fireflies.

I’ll let my text messages to two of my friends throughout the longest two hours of my life stand as a review:

22:25 - Cinemothography is def the star in this

22:49 - Ok. This turned to total flaming shit. But I’m more than halfway through and two Ardbeg’s, so into the breach, dear friends, into the breach we go

23:12 - trying to make it through this abortion of acting and questionable science

23:34 - I can think of nothing redeeming to say about this hot mess other than the fact that the picture and audio were great. Plot was thin at best, science non-existent, and the acting poor. Learn from my mistake and save yourself 2+h

23:35 - I spent the last hour and a half just wanting it to end. Think that’s my review in a nutshell

(All times in EST, not movie run times)

Felt the same way. Excellent in some, very narrow, respects. Terrible in all others.

Edge of Extinction. This quickly turned into a list of things Not To Do In The Post-Apocalypse.

Don’t use a white plastic tub as an animal trap in the middle of a moor.

Don’t drag your half-full jerry can of water from your water source back to your base, you lazy bastard. Carry the fucking thing instead of leaving a drag mark an aeroplane could follow.

Don’t go looking around houses that are derelict. There’s nothing there. They’ve been looted. And you bump into other scavengers who are as stupid as you are.

Don’t trust the first person you meet. You fucking idiot.

Definitely let your tools and weapons get rusty.

More and more I’m finding that I simply can’t accept laziness when it comes to stupid writing in films. If you can’t do 5 minutes of research on a subject, I’m not going to watch your film. There are just too many convenient lapses to permit your protagonists to continue. It may only be small things, but my time is valuable, and The Old Guard is a waste of my time.

Agreed 100%. I’m more forgiving if I know going in that what I’m watching isn’t asking much of me. I watched maybe a half hour of The Old Guard, which is a high-budget, relatively high-concept action movie with a major star, where we’re set up to expect Quality. It is not quality (even with a little q), so I bailed.

At the same time, I’m watching S2 of The Order, which has zero known actors, is made for TV, and makes no effort to be taken very seriously. So I have sort of low to middling expectations, and it’s (like S1) better than it needs to be, so I’m all in.

I’m rooting for The Order to keep exceeding its limitations and surprise me, whereas The Old Guard just feels like a cash-grab for Theron and a shiny subscription lure for Netflix.

I watched Crawl last night because it got surprising good critical reviews and I always enjoy a good horror/suspense movie. It was complete trash and I am baffled by lol the good reviews. The characters made mind-numbingly stupid decisions time after time and there was absolutely no logical consistency. I’m willing to suspend belief here or there for a fun popcorn creature feature but this movie was about 75 minutes of nonsense. It started off well, but after about 5 minutes everything fell to pieces.

Vivarium. Just in case the title doesn’t give it away, the opening scene spells it out for you. That aside, it works as an analogy of suburbia, but it’s also a nicely odd tale of a trapped couple in a very peculiar Hell. Imogen Poots is great, Eisenberg rather less so and hilariously miscast. Some good imagery but the story is basically a Twilight Zone episode.

Capone. Whatever you think a film about good old Al is going to be, it’s not this, a former gangster with a mind destroyed by syphilis, watched by the authorities, and surrounded by his family who don’t know how to cope with him or find what’s left of his fortune. Increasing illness and disability encroach as he relives memories in a bewildering mixture, with a past full of horrors revisiting him. Tom Hardy is good if bordering on parody, Matt Dillon has a great turn, Kyle Machlachlan doesn’t have enough to do. It looks nice and it has a great soundtrack. I’m not sure there’s enough here for a whole film.